If you felt like your email inbox reached a dizzying level of frenzy over the past couple of weeks, you’re not alone – this year’s Black Friday/Cyber Monday digital marketing cyclone seemingly sparked more emails than ever.

We know now that the onslaught of sales emails over the past week – up at least 25% from last year, according to a recent Salesforce press release – translated into a record high in online sales and traffic, both in the United States and globally.

Clearly, email marketers are pulling out all the stops this year. But with some of Black Friday’s revenue growth attributable to inflation and higher turnouts that were possibly driven by budget-conscious shoppers looking for deals, we’re wondering how much that hunger for discounts will translate into enthusiasm for donating. And now that #GivingTuesday – the official start of end-of-year fundraising season – is behind us, we’re analyzing how those trends carried over into the nonprofit space as well.

We’re still crunching the numbers on this year’s #GivingTuesday returns, but we’re seeing mixed results from the digital campaigns we’ve worked on and followed.

Here are a few things we’re keeping in mind as we review the results:

Even before November, many organizations were already having a rough go of it in terms of fundraising. While emergency fundraising was strong in the spring, and some other campaigns still seemed to eke out gains or show signs of growth, declines in organic giving and whitemail have been a bit of a canary in the coal mine for many programs.

During the summer – and for some, even earlier – cost-of-living increases and inflation started to hit nonprofit giving harder than we’ve seen in some time. And in the absence of a major crisis like Ukraine or Covid to spur emergency giving, people at all levels — in some cases, especially lower-level donors — were giving less.

The day before #GivingTuesday was a bit of a dud for some programs. Many of us ramped up our fundraising email cadence to make up for dips in giving – but it’s not just that organizations sent more #GivingTuesday appeals, it’s also that they sent them earlier (in one case, up to almost a whole month early!).

That heavier cadence translates into a much more crowded and competitive space for appeals – especially as Black Friday and other sales emails began to flood our inboxes. Yes, we know it’s a lot of emails! But it’s likely that if you sent more emails and incorporated more channels into your campaign, you’re thanking yourself for it now.

Some programs regained a little more momentum on #GivingTuesday, but in many cases, it didn’t fully offset the slow start on Monday. With many programs, we saw year-over-year revenue declines in under $5K giving or revenue holding steady. Of course, there were some notable exceptions (photos of cute kittens always help!), but all in all, it was a tougher #GivingTuesday than years past, especially in the sluggish morning hours.

The Long Tail (Come on, Wednesday!)

The last few years have shown that there’s a lengthening tail to the #GivingTuesday giving bonanza on Wednesday and even beyond — especially if you offer extensions of match giving. Those last few appeals (and any earlier or additional ones you may have sent) are likely to be the quickest and best tool to offset giving dips. And in the coming weeks, we’re keeping our eyes peeled for other opportunities to boost urgency and effectiveness during year-end.

We suspect that inflation and cost of living – factors that are largely out of anyone’s control – are dampening nonprofit giving. On top of that, an absence of a disaster with enough media attention to cut through pandemic fatigue made it even harder to combat that overall softening in revenue growth.

Having worked in nonprofit fundraising during similar cycles (like the 2007-2008 financial crisis) and other dips across the sector, we’re confident that the work we do now will carry us through this moment — but it has been a tough one for many worthy causes.

How about you, reader? How did your #GivingTuesday campaign fare? Did you notice any trends among particular segments of your audience or any specific channel? Please drop us a line and let us know!

It’s a tough landscape out there for many nonprofit fundraisers. But having worked in the space through economic cycles like the 2007 – 2008 financial crisis and other challenging moments, we’re forging ahead with confidence in the work we do – and the promise of brighter times ahead. 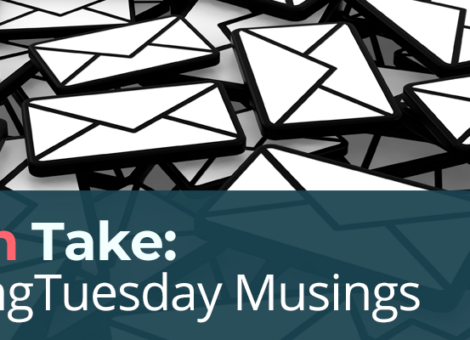 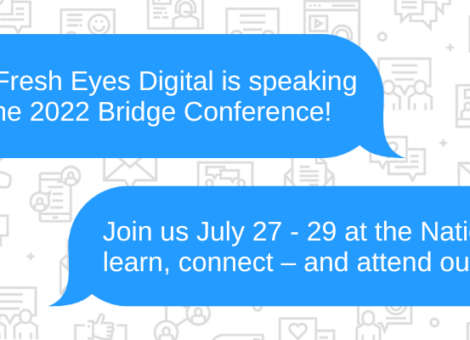 Join the Freshies at the Bridge Conference 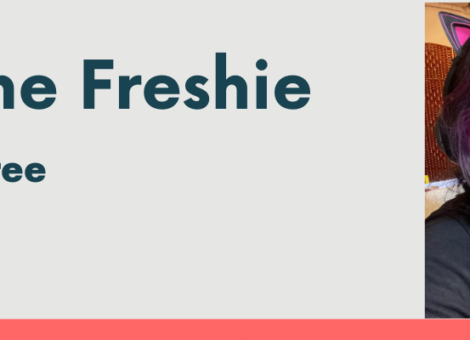 Ready to kick-start your 2023 digital fundraising strategy? Looking for a partner to guide you through your digital acquisition and fundraising campaigns?

No matter what, we’re your people –and we’d love to connect with you!

Tell us a bit about yourself.